I made some progress on my fiefdom force. I started painting the Swan knights. The first seven are ready. 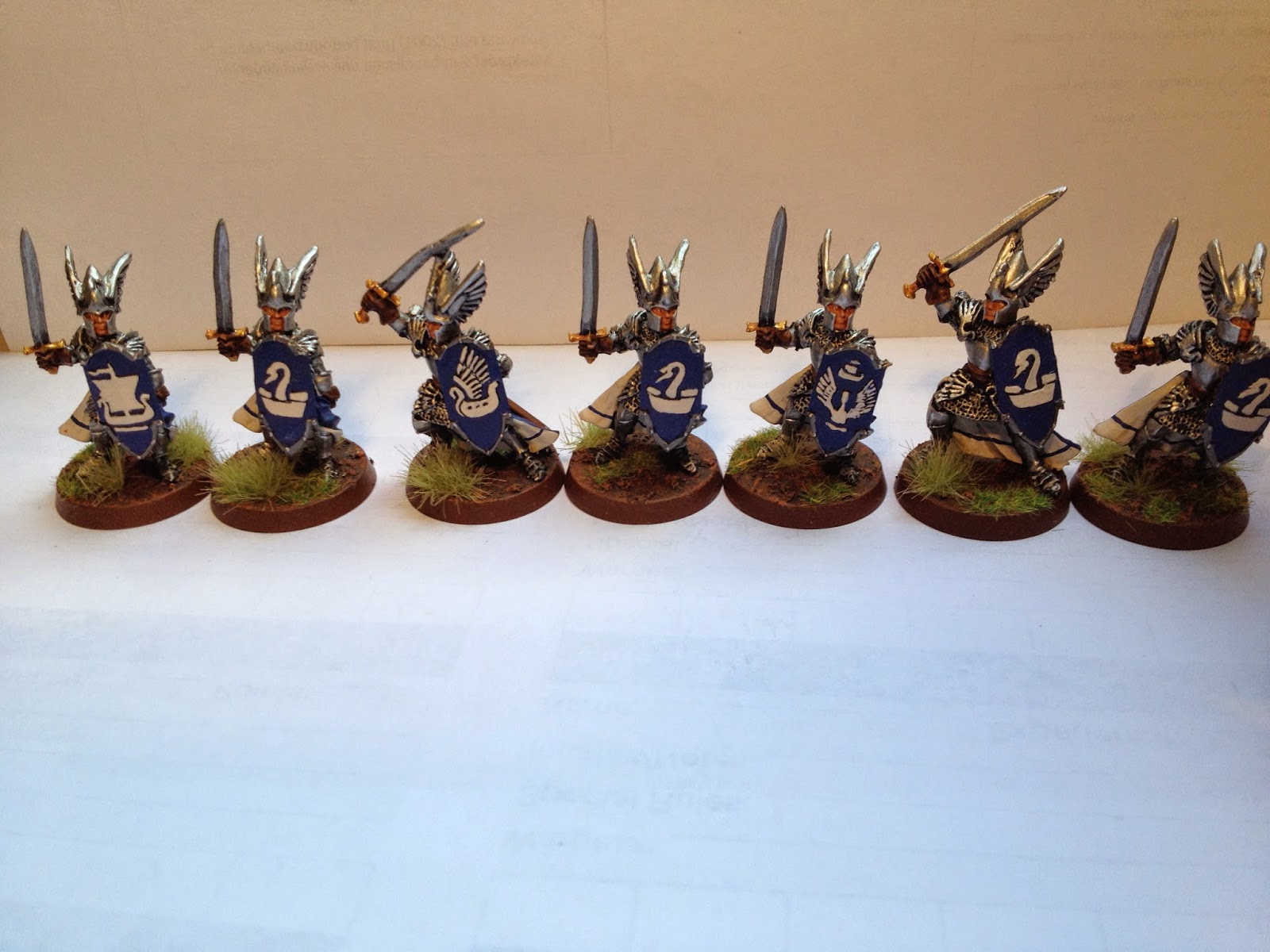 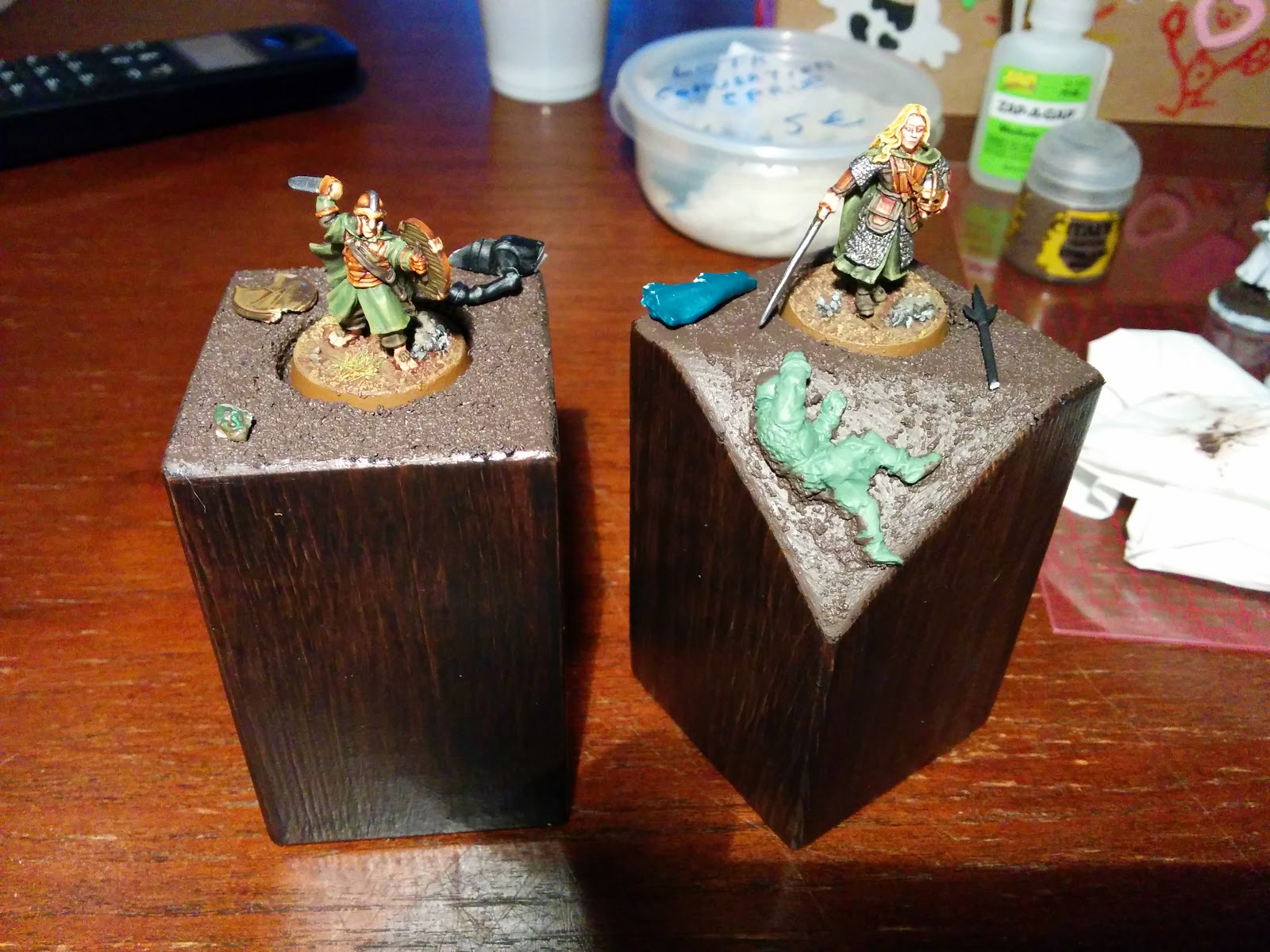 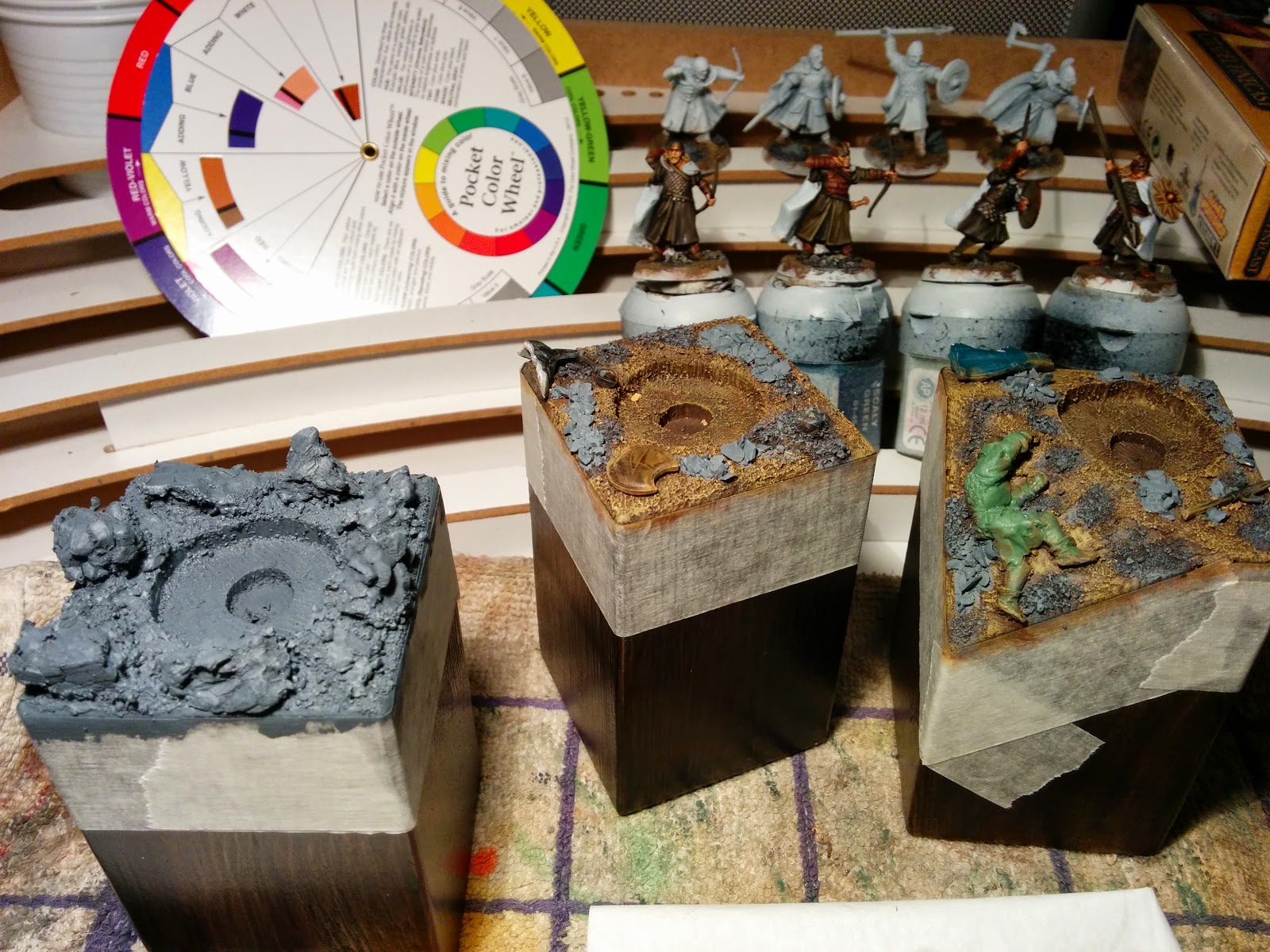 Email ThisBlogThis!Share to TwitterShare to FacebookShare to Pinterest
Labels: Eowyn, Meriadoc, The Lord of the Rings, Warriors of Rohan

While waiting for our French fries, we started painting

After some painting we played a battle between Azag and Thranduil, Azog was defeated...

Email ThisBlogThis!Share to TwitterShare to FacebookShare to Pinterest
Labels: The Fellowship of the Miniatures Adventure

So Saturday I played my first tournament in about ten years.
750 points, and three games: Reconnoitre, Domination and to the death.

I took the following Gondor army:

Warband 2 12/12
Madril, Captain of Ithilien
6 Warrior of Minas Tirith with Shield
6 Ranger of Gondor with Spear

Warband 3 12/12
Damrod, Ranger of Ithilien
6 Warrior of Minas Tirith with Shield
6 Ranger of Gondor with Spear

Warband 5
Boromir of Gondor with horse

I wanted to take some in game pictures, but I completely forgot them in the action. I only took a few photo's after the games. The first game we played on the following battlefield:

Yesterday +Pieter Commerman and I played the first time on my gaming table. We played the scenario Hunt the Mûmak.

There's is a lot of work to do on my gaming table. I don't have any scenery, so I know what to do the next couple of months ;-)

Gondor and the Mûmak are ready for battle.

Email ThisBlogThis!Share to TwitterShare to FacebookShare to Pinterest
Labels: Gondor, The Fellowship of the Miniatures Adventure, War Mumak of Harad

Tomorrow I will be playing my first tournament in about ten years.
Once again I will put my fate in the sons of Denethor. 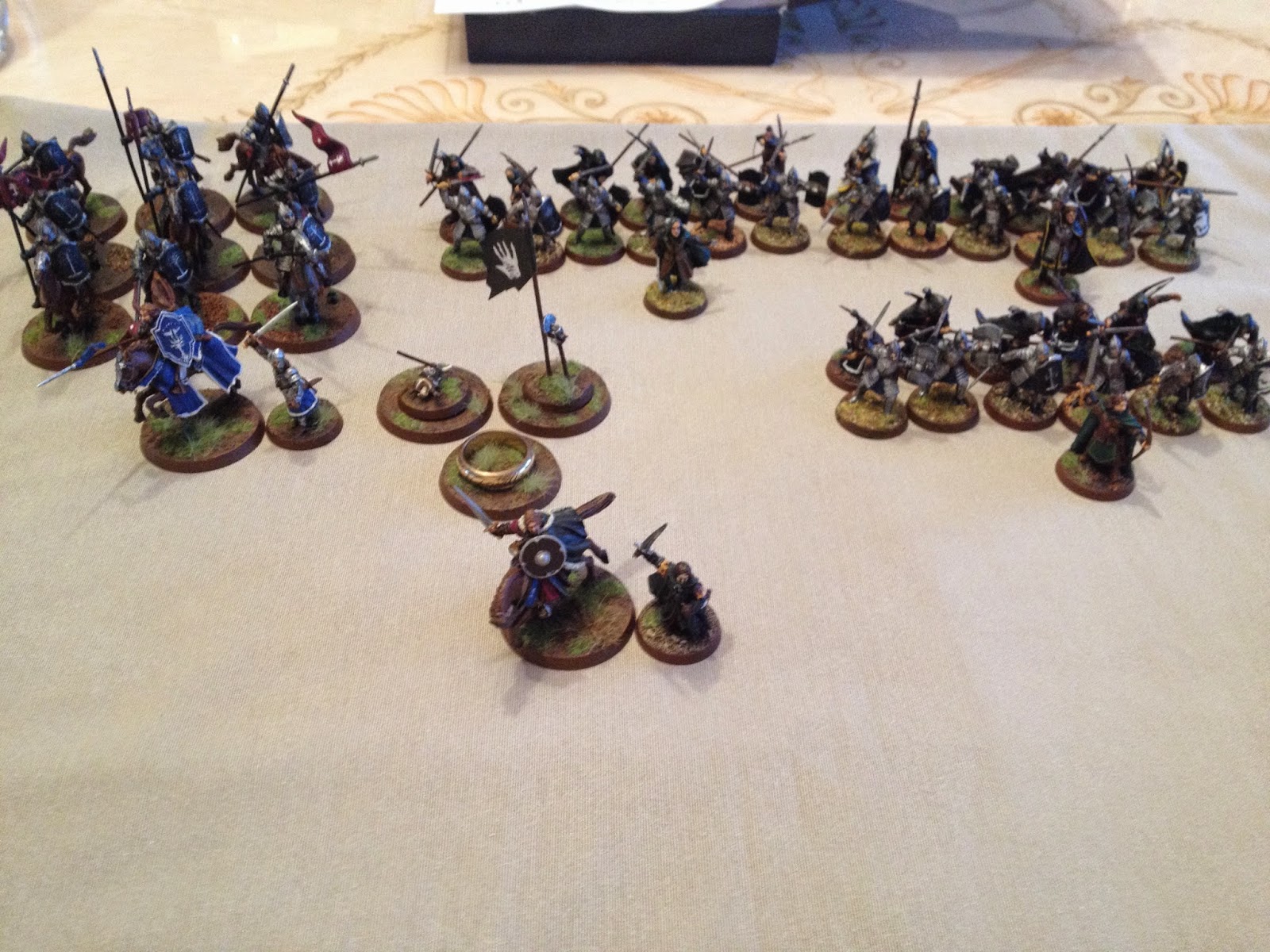 Again we had a great evening where we played battles, did some painting and of course had a lot of fun!

Some Galadhrim Warriors facing a mumakil:

Some orcs getting hurled by the eagles: 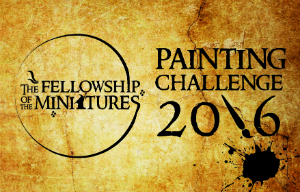 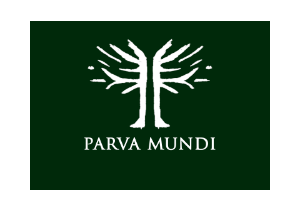 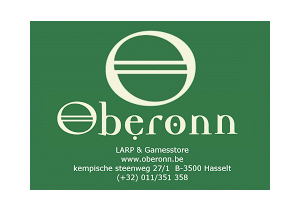 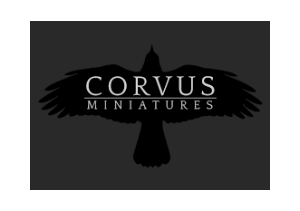